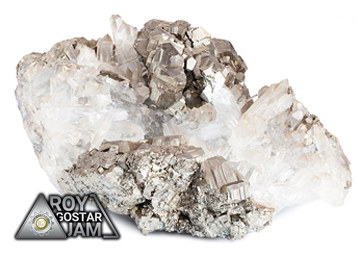 Zinc oxide was first developed by the Romans in 2,000 BC. It was then synthesized by the Indians in the sixteenth century, in China in the seventeenth century, and in Europe in 1850. It was first used as a watercolor and diluent in paints and in the late 1890s in the preparation of oil paints. In 1970, it was used to make photocopy paper and to improve paper quality. Most recent scientific research has focused on ZnO as a semiconductor material. The study of the properties of ZnO began in 1912, at the same time as the development of semiconductors, after the invention of the transistor. In 1960, very interesting piezoelectric properties of ZnO were discovered, which led to the first application of electronics as a thin layer in surface sound wave components. Since 1990, research on ZnO has increased dramatically.

Zinc oxide decomposes to oxygen and zinc vapor at 1975 .C, indicating its relatively high stability. It is an amphoteric oxide and can act as both an open and an acid. It is almost insoluble in water and alcohol.

Properties of zinc oxide and its applications

Organic zinc oxide is one of the richest nanostructures. This material can be used in optical instruments in the ultraviolet and blue region. It is also a nanoscale semiconductor with high transparency and strong luminescence at room temperature, making it an ideal choice for a variety of sensors, laser diodes, displays and transparent electrodes.

Zinc oxide is biocompatible and safe and can be easily used in medicine. Zinc oxide nanoparticles also have special applications in terms of UV absorption, including their use in burn ointments and sunscreens as strong UV absorbers and photocatalysts to remove environmental pollutants.

This compound is used in the manufacture of many materials in industry such as plastics, ceramics, glass, cement, rubber (car tires), emollients, paints, waxes, adhesives, foods, batteries and..

In medicine and health, this compound called zinc oxide is used in baby powder, skin ointments, sunscreen, anti-dandruff shampoo and و. Zinc oxide ointment in the treatment of skin lesions prone to infection such as burns, eczema, baby foot burns, scratches and insect bites. It is used for mild skin inflammation as well as in combination with calamine as an anti-itch.

Zinc oxide has moisturizing, antibiotic and deodorant properties. It is also used in the composition of sunscreens due to its anti-sebum and UV reflecting effects.

Zinc oxide has many uses in the cosmetics industry. This compound can absorb the sun’s UV rays and protect the skin from sunburn and other UV damage. Zinc oxide is one of the most important components of mineral cosmetics. Because zinc oxide is not absorbed by the skin, it does not cause any skin allergies and is non-allergenic and non-irritating.

It is also used in the production of deodorants and soaps. This combination helps to eliminate body odor and prevent the growth of bacteria, and well relieves any skin allergies.

Various methods can be used to produce zinc nanoparticles, some of which are mentioned.

Quartz bases with acetone, distilled water and ethanol are quickly cleaned and washed and then dried with a stream of nitrogen gas. Two sharp needles are made of zinc wires. Two needles horizontally at a distance of 3 mm. They are located at a distance of 2 mm above the center of the base. Sparking occurs when a 10 kV capacitor is charged and connected to the needles. By Rotary Switch, this process is performed regularly between 50-200 times in confined air at atmospheric pressure with an ignition duration of 3 seconds for each spark. The surfaces used for sedimentation were pre-cooked at 380 ° C for one hour and then baked at 400 to 800 ° C for another hour.

The placement speed of the films in this method is 1nm per spark, so the diameter of the shells can be controlled. 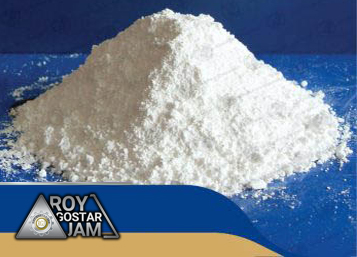 What is Zinc Oxide? 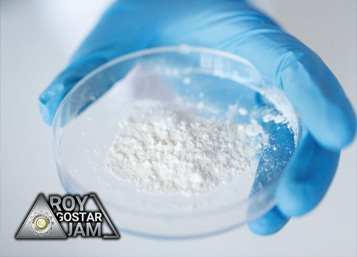 Uses and applications of zinc oxide